I think that Vancouver is too nice for me. It’s more than first world. It’s first plus world. Clean, modern, cosmopolitan, green, environmentally friendly, and surrounded by gorgeous nature. Sure, it rains a lot. Like every day. It’s a bit pricey. But, life is good in Vancouver. Vancouver is serious about recycling (and cycling) and the traffic lights blink — even on the green — when a pedestrian is nearby. The restaurants are good, the food is good, and there’s Granville Island market. And the Caesar.

Sure, there are downsides to life in Van. It’s got fast drivers. There are shaming commercials on television to force you to recycle. Apparently the taxes can be high… but the food is good (some sort of good fish with local vegetables grown with moon beans and poetry, shown here). 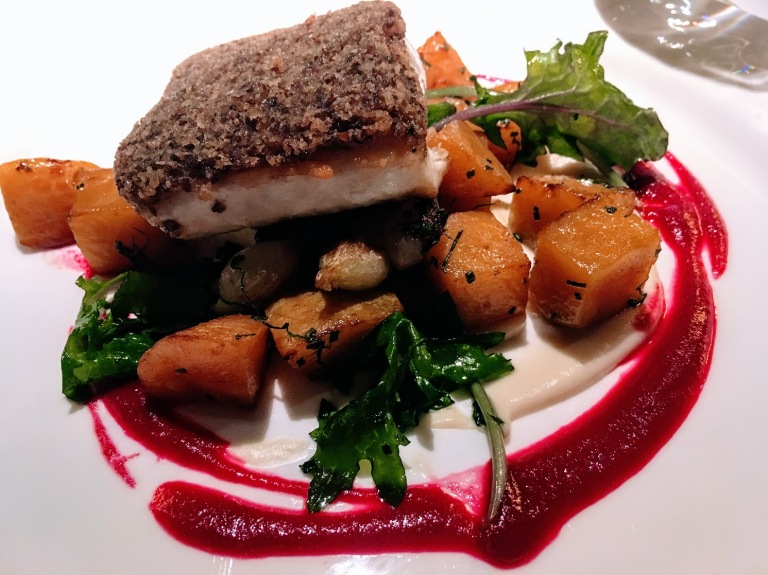 When thinking of Canadian food, it’s hard to describe all the foods of the various first nations and immigrant groups that make up modern day Canada. Here are a few to try (some have similar counterparts “down south” in the USA).

The Caesar: that drink that I had fling with for a week.

Bannock and Beaver tail: fried dough, a dish common in some first nations. When the dough is shaped like a beaver tail, then it’s called a beaver tail. (Timbits: donut holes from Tim Hortons, Canada’s mainstream coffee chain.)

Peameal bacon: Canadian bacon (which is ham, really. Well, the Canadians do have a history of preserving the loin by rolling in pea flour, hence the name).

Game and fish, smoked and dried: from salmon jerky to whale blubber.

Butter tarts: much like a pecan pie but with no pecans. 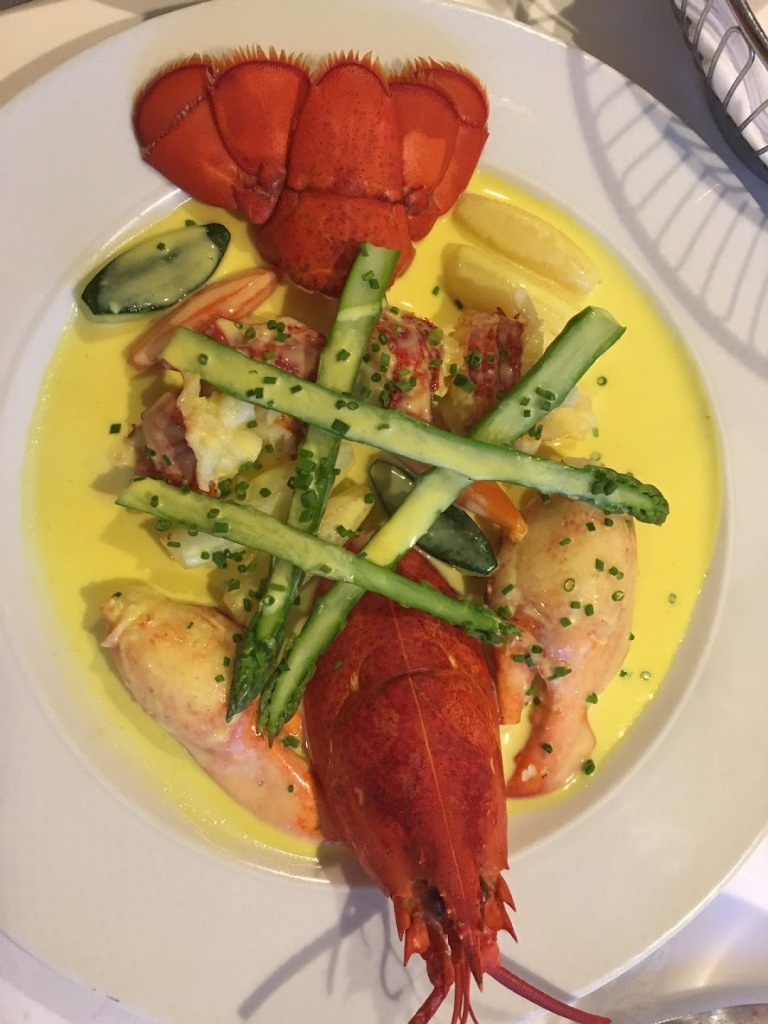 Maple syrup: in candy, on pancakes, and on bacon…

Actually, it was whale watching. Except that we didn’t see any whales. We saw three orcas, or killer whales. Orcas are the largest member of the porpoise family. But, it was a nice boat ride and Steveston is cute (where they filmed Once Upon a Time). 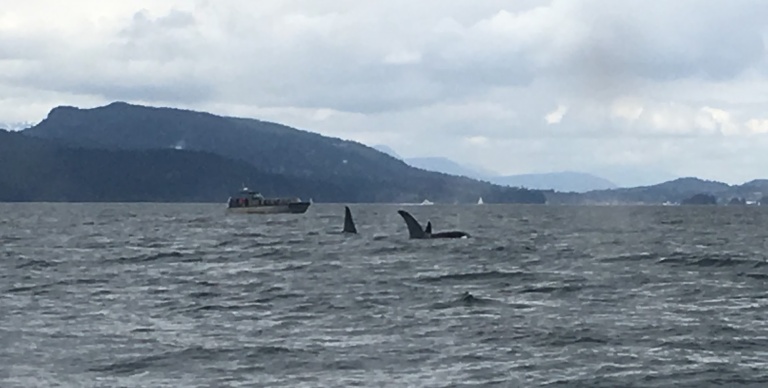 At 140 Canadian dollars for the five hour boat trip, you can decide if it’s worth it. I enjoyed the rough waves and the bouncy roller coaster ride. We took our own snacks and drinks which helped the time go by. Plus, the waters around Vancouver are beautiful. The photos of the orcas were not very impressive as taken on my iphone. On the other hand, we got closer to some of the other wildlife which was easier to photograph. And a lot smellier.

Strangely, the night before, our waiter told us not to go whale watching as she had barely escaped going on one of the boats that tipped over and sank. Why would one share that story?

Did you catch a chicken, turkey, or barndoor of halibut? These are terms used when fishing for halibut. Apparently, it’s halibut season. I’m not sure if it’s fishing season yet. But, it’s definitely eating season. 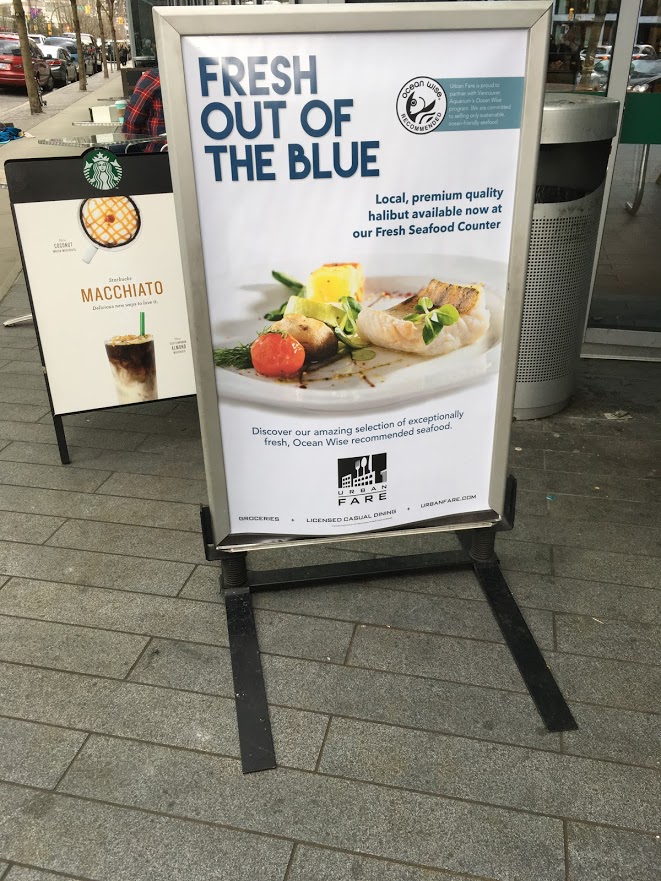 I bought some halibut. I think about a chicken thigh.