Actually, it was whale watching. Except that we didn’t see any whales. We saw three orcas, or killer whales. Orcas are the largest member of the porpoise family. But, it was a nice boat ride and Steveston is cute (where they filmed Once Upon a Time).

At 140 Canadian dollars for the five hour boat trip, you can decide if it’s worth it. I enjoyed the rough waves and the bouncy roller coaster ride. We took our own snacks and drinks which helped the time go by. Plus, the waters around Vancouver are beautiful. The photos of the orcas were not very impressive as taken on my iphone. On the other hand, we got closer to some of the other wildlife which was easier to photograph. And a lot smellier. 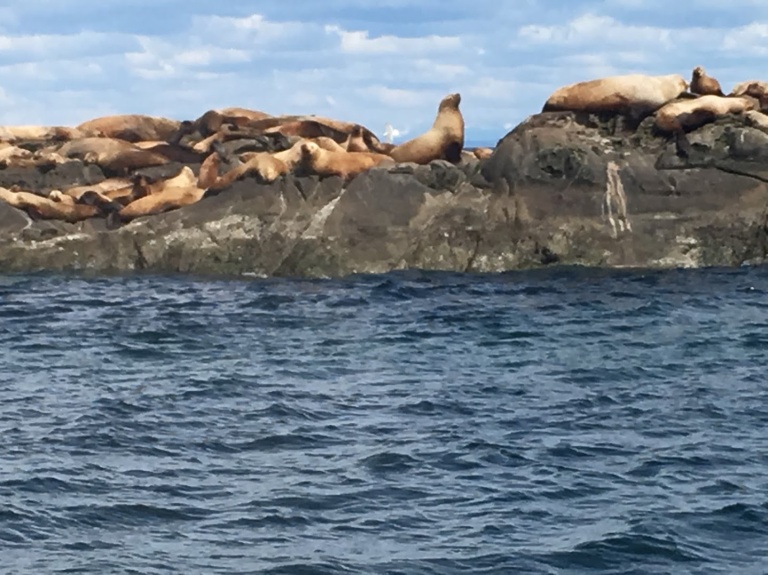 Strangely, the night before, our waiter told us not to go whale watching as she had barely escaped going on one of the boats that tipped over and sank. Why would one share that story?