Halloween, in the U.S. style, with pumpkins and costumes, is becoming more popular here in Lima. In contrast, November 1, Day of the Dead, is an old tradition, and a holiday. Unlike in Mexico, Day of the Dead is not a massive face-painted celebration, but rather, a more reflective time to visit family in the cemetery (although, still with food, drink, and music, I’m told). The idea of trick or treating is also a new idea and is beginning to happen in some places. Certainly, the stores would like it to take hold. They have already started selling Christmas items.

A few years, I was in El Pan de la Chola on Halloween, and the staff were painted in Day of the Dead makeup, adding a festive touch? 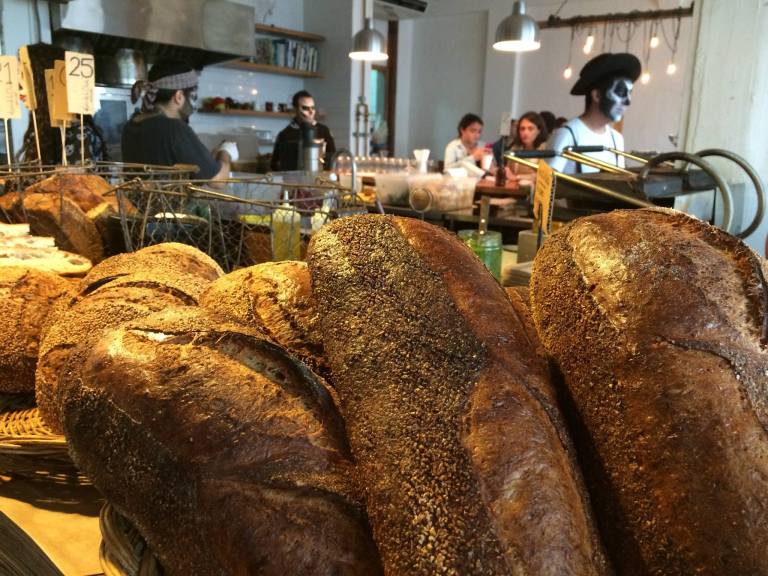