Some things are difficult to find in Bogota. Thai massage is one of them. The closest one gets is from Alvaro Silva. His phone number is 314-357-6656. Email address is sinergia79@gmail.com. His massages are 90 minutes long and cost 150,000 pesos. (Massage therapists don’t usually receive tips, and some refuse, so that’s the set price.)  Alvaro does Thai-, hot rock-, pressure point-, oil-, and Swedish massage. Plus, he also offers other wellness products like personal training sessions and exercise classes.

His massages are usually done on the floor on yoga mats (so he can pretzel your legs and arms) but he also uses a massage table if you have one. Only caveat with Alvaro is that he doesn’t speak English. It’s still easy to communicate with him and he can usually tell where you are in pain. Another thing that I like about him is that he doesn’t talk during the massage (unless you want to) and he doesn’t keep checking on how you like the session (I usually play music from a relaxation app on my phone so I tend to zone out and concentrate). Sometimes I wish that I had booked more than one massage because he’s spent the whole 90 minutes unknotting my back. 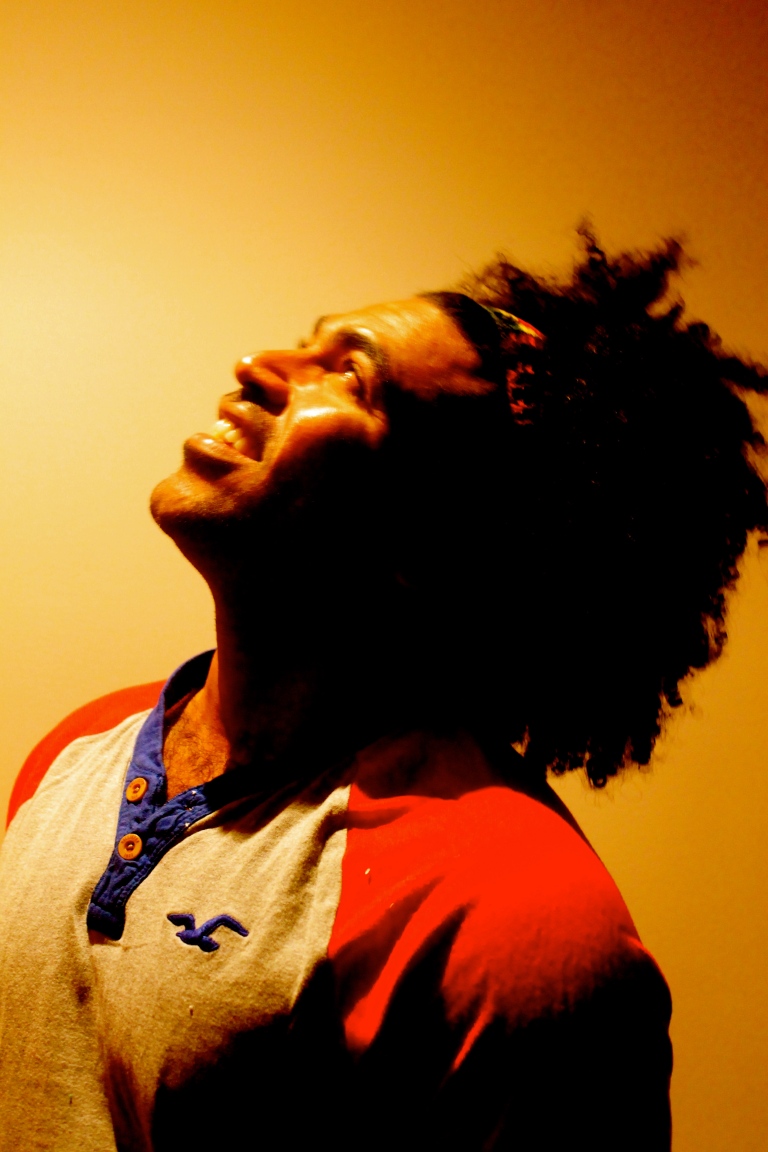 Most hotels have spas so one can get massages in fancy environments. I’ve only tried a few massage therapists and spas in Colombia. As this is Bogota, you can get the massage therapist to come to your house. The style of massage in Colombia seems to be mainly “Swedish.” I prefer pressure point and deep tissue. The other massages I’ve had here cost about half the price of Alvaro’s, but they were also only half as good. Most of the other massages involved lots of oil and Swedish style (light sweeping strokes). But, some people don’t agree with me and tell me that they get strong massages from other therapists (but each person has a different level of pressure that they like — one person’s pain is another person’s so-so).

My advice is to try them out and see which one you like.

Imagine that is an inky morning, just before dawn, six hundred years ago. A warming amber light spreads first on the crest of the crater, and then rays of light rush, like happy children, down the banks of the emerald green slope, to skim like eagles across the opal water. Your eyes are fixed on the center of the lagoon. On a youth covered in gold dust. From the shore, he is small, like a pebble. As dawn breaks, he appears, his body, nude but for gold dust, shimmering like flecks of sunrise on a lake. When his raft reaches the center of the sacred lagoon, the youth offers gold artifacts into the water. He then performs ablutions in the lake, the gold dust disseminating like a million stars on the milky way. Once again, he, the golden seed, has impregnated the female lagoon. The cycle of life ensured once again.

That is the tale you will hear, sort of, from the guide as he tells you about the Muisca people who lived in the area outside Bogota before it became Bogota.The guide will tell you about the local people and the pitiful grams of gold that the Spaniards and others dredged out of Gautavita Lagoon, centuries ago, and then again, a century ago. Until, finally the Colombian government put a stop to it. It took longer for the government to make this area a protected area, but it is now. About a decade ago, the organization that runs the tours, was set up and now, it runs like Disney for adults.

The Details: I recommend making a day of it via the town of Guatavita and the reservoir, not to be confused with the lagoon. Try to go in an SUV as the last stretch of road is a dirt road pitted with potholes (perhaps also take motion sickness pills if you don’t take well to being jerked about in a car. Or swaying and sashaying up the “dangerous curves” of lovely Colombia). From Bogota, set out to the east along the toll road (it costs around 3,000 pesos or $2). It’s a pleasant drive that starts with a good view of the mega-city. Then it goes through some industrial looking towns before a turn off at a mango stand. Once you get to the town of Guatavita, stop at a bakery and pick up some guava bread or some other snack.

Along the way, one of the towns is Guasca (like the herb they put in ajiaco), also known as the town of the Muisca people. It is a village and has a pleasant feel to it. I enjoy seeing all the old men in hats and ponchos.

Then head off to the sacred lagoon. The last seven kilometers (about 5 miles) is dirt road. There are many great photo opportunities along the way like picturesque fincas (country houses), cows being milked by hand, and great swathes of countryside that looks like New Zealand.

Once you get to the entrance of Guatavita Lagoon, take a tour to the actual lagoon (you may not walk their by yourself). The tours start every half hour and are guided. The cost is around 17,000 pesos ($7), but I can’t remember the exact amount. There are gift shops and bathrooms. The tour actually takes about two and half hours and is one way, up a lot of muddy steps. The end of the tour is at a local corn and drinks stand. To return to your car, there is a bus service that costs 1,500 pesos ($.75), or you can have your driver bring the car to the end point.

I won’t spoil the tour for you by explaining it. That said, without the legend, it does just look like a small pond (hence why most Bogotanos seem more into visiting the “lago” which is really the reservoir). It’s basically a 45 minute walk interspersed with 90 minutes of educational talk (about the planet, about nature, and preserving the native plants, oh, and about the legend), and about 40 minutes of selfie-stick photo ops. The nice part is that once you get to the top, the guide leaves you to take lots of photos and walk downhill by yourself. In terms of difficulty, I’d guess that this is about 900 steps at 9,000 feet elevation. But, mostly, the steps are done in small segments. Just enough to make you regret the guava bread or empanada that you ate for breakfast.

I would have liked a laser and smoke show with an ethereal gilded (hence “el dorado”) youth appearing out of the water. Apparently, there is one somewhere nearby.

After a refreshing three hour walk, it’s nice to settle in back at Guatavita town and enjoy a lunch. Guatavita town was re-located 40 years ago when the Bogota reservoir (“reprisa” in Spanish) flooded the old town. The town has a museum, tourist shops, lots of bathrooms, and restaurants. It is also possible to rent a horse to ride down to the reservoir. Or you can walk, drive down, or take the mini-train. At the reservoir’s edge, people like to picnic and enjoy the view. Up until two years ago, it was possible to rent a launch and visit some of the islands and ruins. I noticed lots of yachts and yacht clubs but for the common folk, well, I don’t know if they are allowed out on the water anymore. The reservoir is very large (the hydroelectric dam provides the power for 8.5 million Bogotanos) and beautiful.

But, it’s not a sacred lagoon (or maybe it is since it creates the power which fuels Bogota) where legends start and greedy conquistadors project their dreams of wealth. Gold was the oil of their time. Perhaps the guide was right that conserving the planet is the new quest. Perhaps, the quest for potable water is the new el dorado.