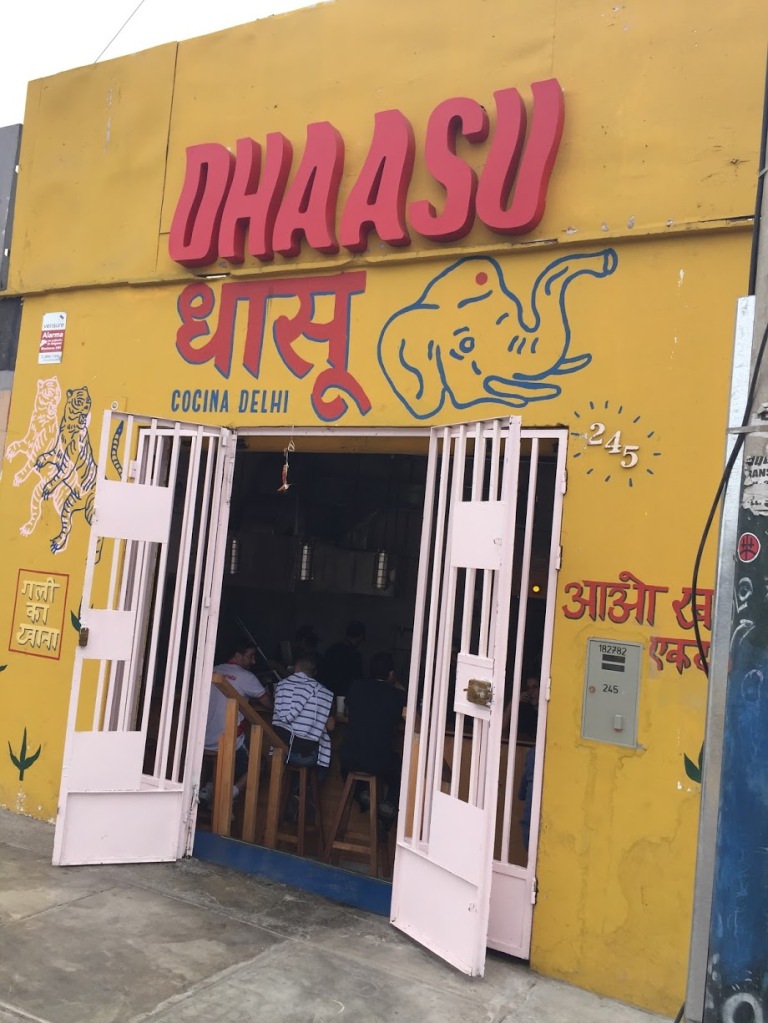 Dhaasu=buenazo=awesome! Really, that is the definition of the name (“DAW-ah-sooo” is my best guess). Dhaasu, Av. República de Panamá 245, Barranco (between Avenida el Sol and Salazar). Step down into the eatery located on the side of the BRT Metropolitano line. Open 1-4 and 7-10 on Wednesday-Sunday, closed Monday, and open 7-10 on Tuesdays. 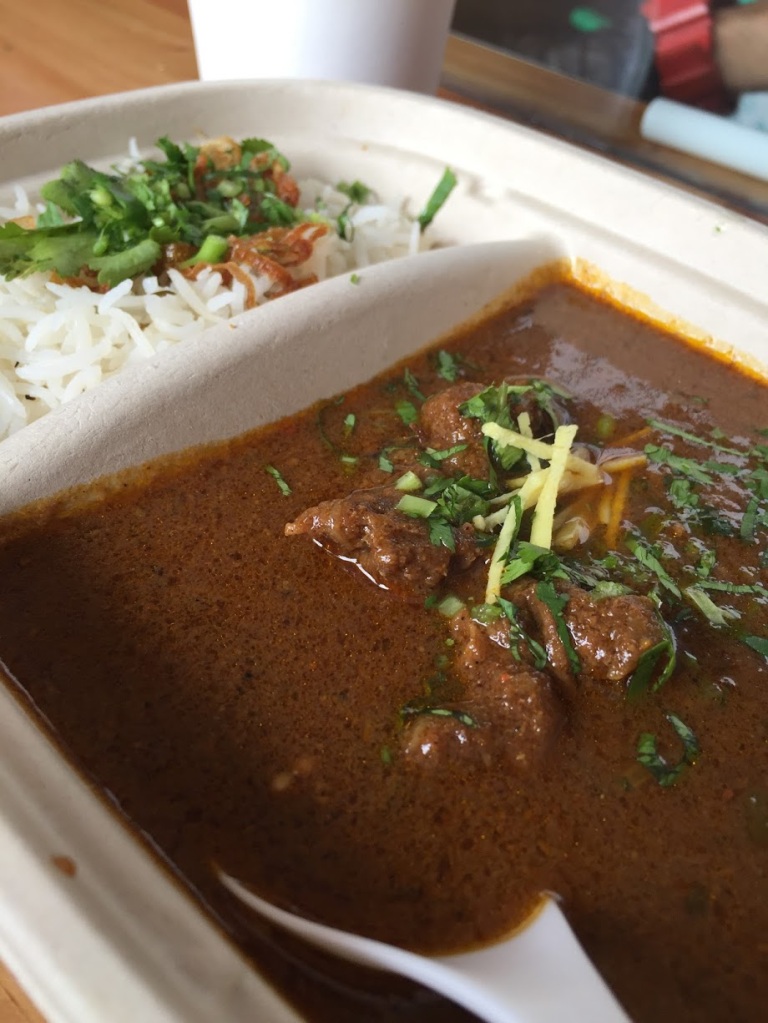 Apparently, in Arequipa, there is an Indian guy named Roy who has a restaurant named “India Indian” — just to make clear that the food is Indian. In Peru, the term for Indian food is “comida hindu.” In Lima, there are four restaurants claiming to be this kind of food: Dhaasu opened in just recently (instagram) and will conquer South America with its yumminess; Guru out in La Molina and is run by a Pakistani; Mantra is acceptable if desperation takes you there; and Masala is not worth the desperation. But, now back to talking about awesome! 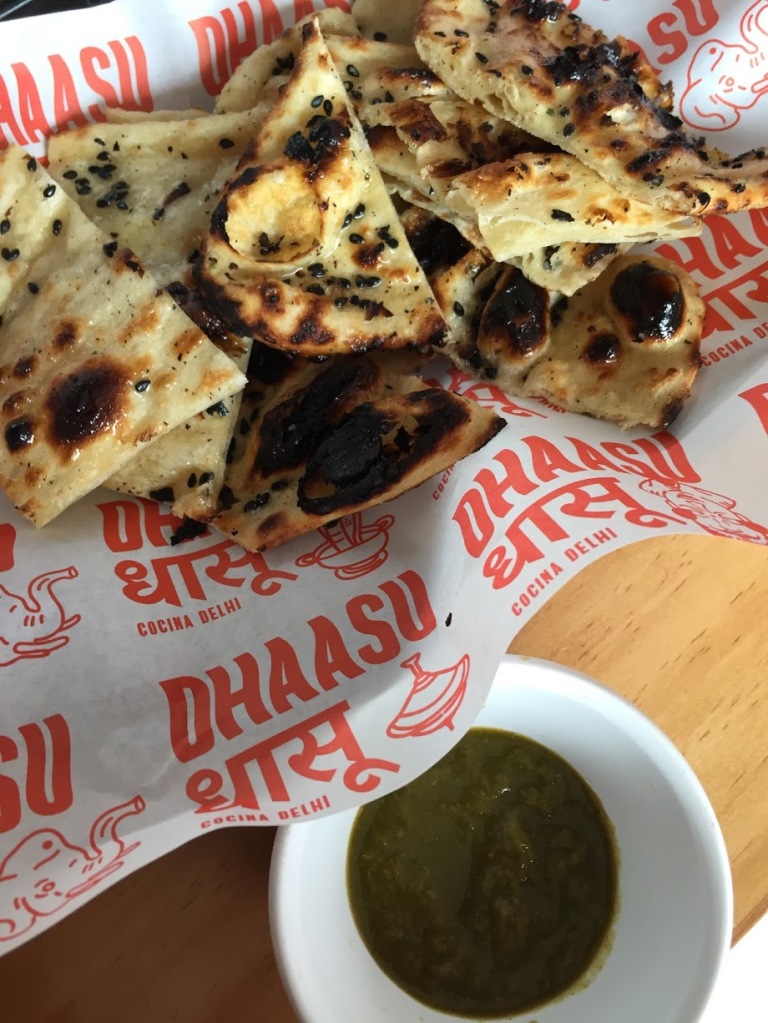 Dhaasu is a hole-in-the-wall or huarique (Peruvian term for a hole-in-the-wall) with eight stools. No tables, no tablecloths, no reservations. Dhaasu translates to “effing awesome” or “buenazo” in Peruvian Spanish. It describes how delicious the food is at this newly opened eatery run by Rish and Camilla. They both speak English and Spanish, the chef has over ten years of experience from cooking in Delhi, and yes, there are vegetarian versions of everything. Currently, the menu is a few types of wrap sandwiches and curries. Those words are pitiful descriptions of the yummy spicy (but not spicy) meat in masala sauce (or curry by another name), the warm and fresh baked flatbread (naan) sandwiches wrapped around tender, marinated, caramelized juicy meat…

… where was I? Oh, yes. Possibly my highest accolade is to compare something to ice cream. The butter chicken is like a meaty ice cream. To be eaten by spoon (or dessert shovel?). In terms of spiciness, Rish has not developed the top level of spiciness. To many people, the food here will seem spicy. It didn’t make me sweat but I did enjoy the deliciousness of the food, even if it wasn’t vindaloo spicy. 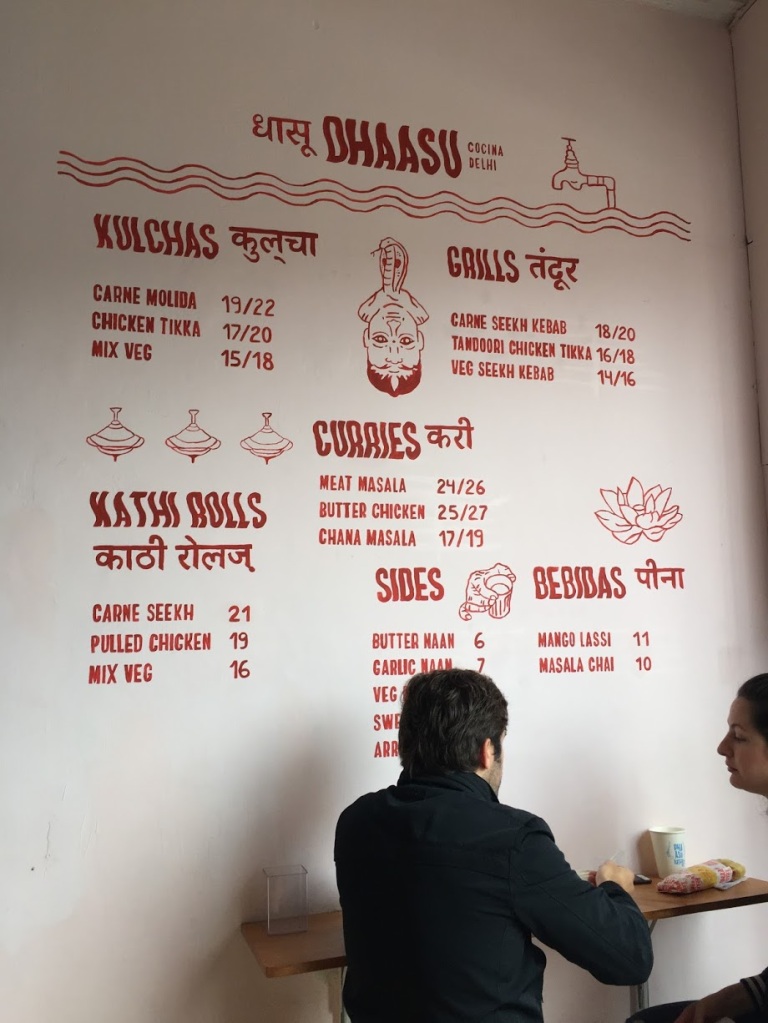 Rish comes from a family of restaurant owners and Dhaasu is just the beginning of his empire. Dhaasu uses biodegradable containers and utensils for those who feel better knowing this.  I plan to take my own lunchboxes next time and load up. 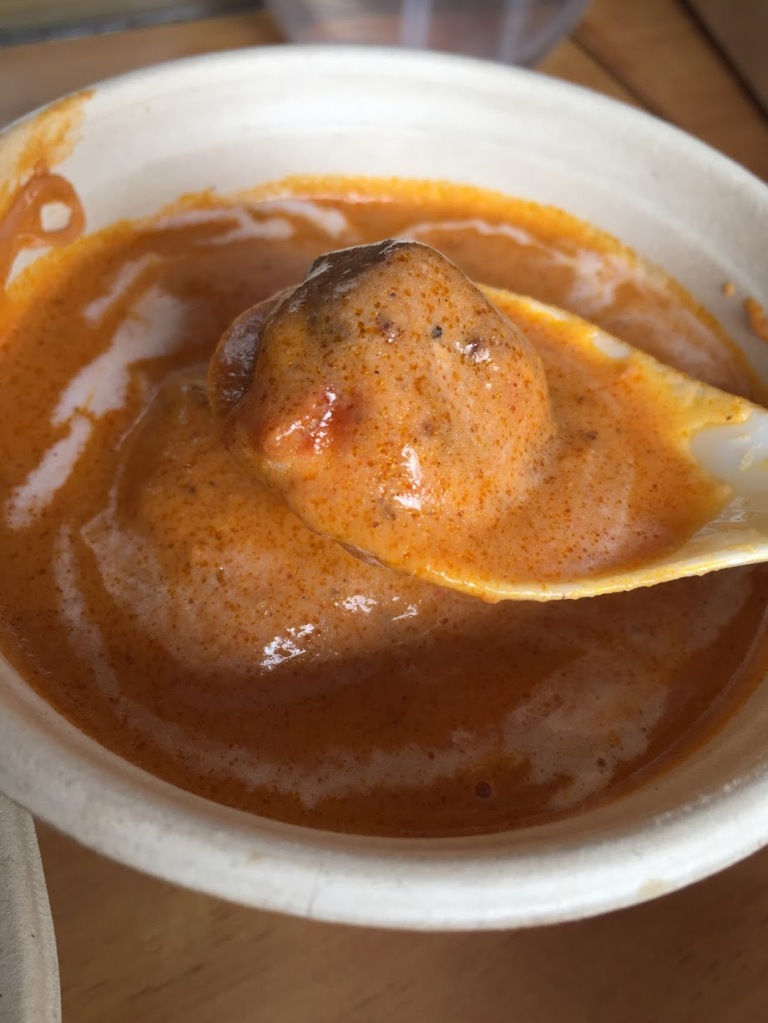 Rish plans to expand, take his tandoor on the road, cater, and can he hurry up already? Speaking of India food, I asked about dosa which is from south India. Rish said that he had a friend who was thinking about this too… Here’s to the rise of the Indian Indian food in Lima!